Her Inner Voice Leading the Way: From Attorney to Energy Coach 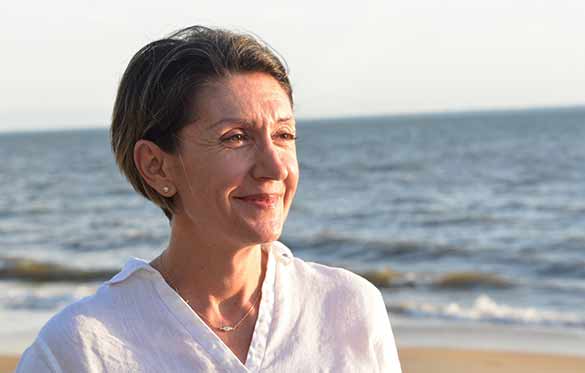 “The minute I started listening to my inner voice, everything changed.” – Evdoxia Stoupi

Ever since she was a little girl, Evdoxia has been sensitive to the energies surrounding other people. She has always been able to hear and sense things others didn’t. This frequently made her the “odd one out,” even in her own family. So like so many of us, Evdoxia pursued a traditional life, eventually becoming a lawyer with her own practice. Yet something was telling her she wasn’t on the right path.

That something ended up being her inner voice. Since then, it has shaped not only the direction of her life and how she approaches it, but also how she helps others.

Initially, Evdoxia began her transition by learning and practicing reiki, hypnotherapy, and by using divining rods to do energy testing for others. Yet something was still missing.

“The people I accompany – I can’t even call them my clients, they’re not,” Evdoxia says, “they’re just people who are maybe on the same path or a similar path as my own. So the people I accompany came to me with questions and they wanted advice. I knew that something was missing, so I wanted to do it right.”

Speak with an Advisor 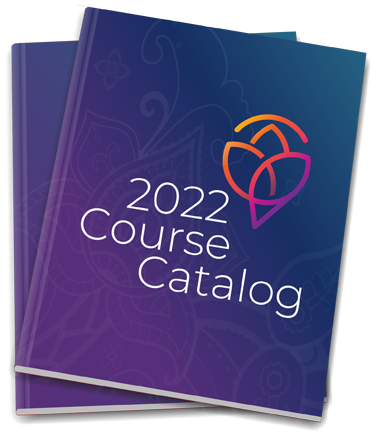 Where many coaches find success in appealing to a specific niche, Evdoxia takes a broader approach, serving those from all walks of life and varying age groups. They’re often people who can’t connect with the wisdom of their inner voice, people who feel lost or have trouble navigating without a reliable compass.

“People are afraid that if they listen to their inner voice, maybe they will become outcasts or hermits, or they won’t fit in anymore – which is not true. It’s the constraints imposed on them by society that imprison them into a way of life that makes them unhappy,” she says. “What I bring into their lives is this new perspective that if we listen to our inner voice and do what we came on this earth to do, we won’t become outcasts. We can thrive.”

Today Evdoxia supports those she accompanies through a process she calls “i-Ki coaching.” It’s a unique hybrid in which the “i” represents intelligence, the “ki” our vital energy (in Japanese), and the coaching component through which she elicits the best in those she serves.

Evdoxia uses all her senses, visible and invisible, comprehensible and incomprehensible, to help people clear all the ambient noise in their head and move forward by listening to their inner voice – a voice that can be tiny yet be packed with volumes of wisdom to share.

“I want to help other people feel the same way I did: liberated from this burden,” she says. “People with gifts, get out of the closet! Share your gifts with the world. If you don’t want to share them with the world, share them with yourselves. Take advantage of them. Use them. They’re for your own good.”

Join Evdoxia and Feroshia as they discuss the power of our inner voice and Evdoxia’s movement toward getting people to trust their gifts, especially those that are marginalized or discounted by society due to fear or a lack of understanding.

You can learn to identify your inner voice and rely upon it for wisdom and direction. Join Feroshia Knight (Master Coach and founder of Coach Training World) and Evdoxia Stoupi, a leading intelligent vital energy coach. Evdoxia overcame stigmas related to her innate gifts and now champions them in others, achieving exponential results.

Key segments in the discussion include:

You can learn more about Evdoxia’s Services here.

Subscribe to our YouTube channel for more insights into the world of holistic coaching and the business of change. Join in the dialog with leading coaches who are using their vast array of individual skills and knowledge as they work within a diverse range of specialized industries

To learn what separates Whole Person Coaching from other forms of the practice, you can visit us at: https://coachtrainingworld.com 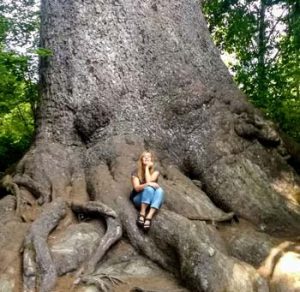 Feroshia Knight is the author of Become the Successful Coach You Are Meant to Be, as well as countless coach training manuals and trade articles. Vibrant, enthusiastic and highly inventive, she is also the proud creator of Whole Person Coaching (WPC) – the most effective way to craft holistic, sustainable outcomes
in every aspect of life.

Feroshia’s mission is to help others find their own way. So, for the past three decades, she has leveraged WPC along with her abilities to sense and unmask the most obscure stopping blocks in individuals and businesses alike. A playful yet compassionate nature allows her to reveal deeper truths, creating a safe space for self-exploration and revelation.

As a coach, speaker, educator, and all-around illuminator of human potential (yes, it’s as much fun as it sounds like!), Feroshia has helped thousands achieve their ideal future as powerful, innovative beings. When she isn’t doing that, she’s probably singing, dancing or walking the pups… usually all three, if we’re being honest.

View Now
error: Alert: Content is protected !!
We use cookies to improve the user experience. If you continue to use our site we will assume that you are happy with it.OkPrivacy policy